When I was a kid and the Beastie Boys first got play for their music video, I had a hard time figuring out what the word Ill was, but I did know what a Roman Numeral three looked like. So I often wondered if these Brooklyn guys really had two other records out there and people were just saying Ill because they didn’t know. What could I say? I was a goofy kid.

Before I go on, Ch-Check THIS out. Neal Brennan (now know as awesome in my book) knows the pain we’re feeling. Co-creator of Chapelle’s Show, he unleashed an appearance of the Bea-stie-Boys LIVE outdoors in 2004 – never seen until now. Already erased by Viacom at least once, it’s back! I’ll make a dupe of this just to make sure it’ll be harder to kill than a certain Holiday Special. Hurry and watch the clip below – and get more blown away since I won’t say what song it is. [I’d say to watch out for language, but even work should let you blast this. You’re mourning, yo!]

This post was intended as a conglomerate of links and images. Since I came across some great articles and stories which I mostly hid in the other two posts, I figured why not make this subject a trilogy and make it a hodgepodge of links and images amongst additional material. To tease a taste, here’s someone’s tribute to MCA/Nathan Wind – delivering pizza dressed as Cochese.

New York officially mourns the death of Adam Yauch.  Don’t believe me?  Here’s the document for proof, or watch the video below.

Here is the official Beastie Boys announcement.  I used this specific link since below there are various eighties musicians with their comments on the passing.  In related news, changes have been made (or not – depending how you look at it) to ensure success and continuation for Oscilloscope Laboratories.

Other things to check out are tributes around New York and this memorial at Paul’s Boutique.

This mishmash of links are all great reads, and most I used to cull information that ended up in my prior posts.

My previous two posts got better feedback than I expected.  They were a blend of short story and article as a whole, so I posted them to my Figment account. They were reworded throughout to fit the format difference, but they ring as true.
Part 1 on Figment, Part 2 on Figment

Since I know many (including me) still feel like this…

(Bixby, the Vinyl Retriever.  Click image or here for full size, if you can emotionally handle it.)

Let’s end all this on the positive tip. If the clip below doesn’t do it for you, watch that Chappelle clip again – which I already watched how many times? Say me say Many Moni, Say me say many, many, many. So here’s a tribute of a reenactment of that music video I keep saying I won’t show here.
For your enjoyment… The Half-Pint Players are here to perform the seminal Masterpiece Theatre Classic “Sabotage” – as recorded for posterior by James Winters of Portland, Oregon. 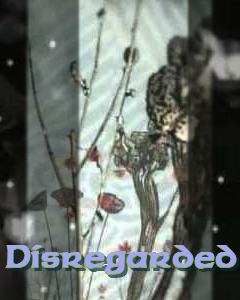 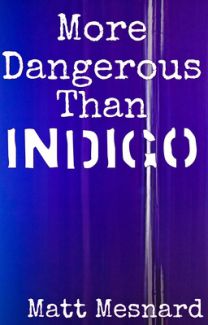 Paddle Your Own Canoe